Are you looking for the perfect holiday near the beach in Marina di Campo on the Island of Elba ?

Find out how to save money on your ferry ticket. Special prices and booking online.

In the past Marina di Campo was a small fishing village, part of the commune of Campo nell'Elba. Although Campo nell'Elba became independant from Marciana Marina in 1894, it has maintained the local coat of arms (the tower), reminding us of these ancient times. Thanks to its long and sandy beach, (2 km), tourism has developed here faster than in other villages of Elba and today Marina di Campo is the main tourist town on the island.

Marina di Campo is characterized by its old, historical part at the end of the bay, behind the small harbour, and by its seafront that comes to an end at a beautiful pine tree forest that runs alongside the beach. 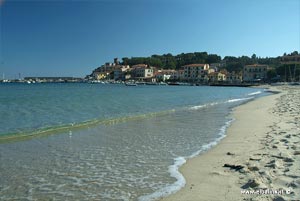 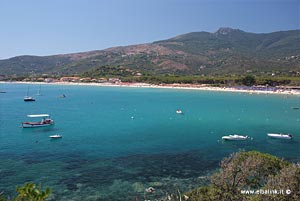 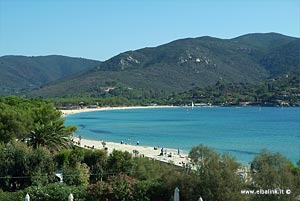 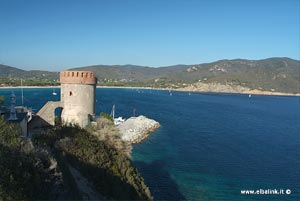 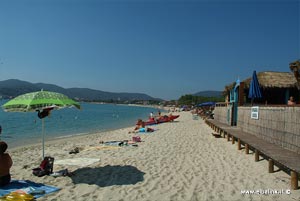 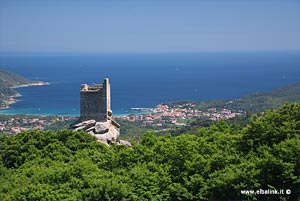 Le spiagge:
As well as the beautiful, long, sandy beach of Marina di Campo, we wish to give you the names of other very beautiful nearby beaches on the island, some very crowded, others less: Marina di Campo - Seccheto - Cavoli - Fetovaia - Fonza - Galenzana.

Pianosa: an important part of the Tuscan Archipelago National Park, this small island on the south west of Marina di Campo was once famous as a prison island; today only a limited number of people may go there. Since access was not allowed for many years, the vegetation on the island and the sea around it are still untouched by man.

During the summer, you can go on daily boat trips to Pianosa; there are guided excursions partly on foot and partly by minibus, or, if you prefer, you can go round it by kayak or mountain bike.

The chance of admiring the Roman port, the tiny village, the Agrippa Villa and the catacombs that date back to Roman times make a trip to the Island more than worthwhile, not forgetting the grottos inhabited in prehistoric times, the ancient spring, and the beautiful beaches with their crystal clear water.
And at the end of your trip there is always some time for a swim in Cala Giovanna.